Mindfulness-based cognitive therapy is an effective manner of preventing depressions. This is the conclusion drawn by PhD student Jacob Piet and Professor Esben Hougaard from Aarhus University, Business and Social Sciences in the first systematic meta-analysis, which gathers previous research on the effects of mindfulness in recurrent depressions.

An alternative to medicine

Systematic training in mindfulness has proven successful as a measure of prophylaxis for persons suffering from recurrent depressions. For these persons, the mindfulness training reduces the risks of a relapse by 34 per cent. This number increases to 43 per cent for persons who have previously undergone three or more depressive incidents. The results are noticeable, says Jacob Piet.

-    The results can change the treatment in the future. Right now, patients who have undergone at least three depressive incidents are advised to continue sustained treatment with antidepressants, which they sometimes have to use for the remainder of their lives. Research indicates that mindfulness-based cognitive therapy can be equally effective in terms of preventing new depressive incidents, says Jacob Piet.

He stresses that there has been found no adverse effects in connection with the mindfulness-based cognitive therapy, but rather that the treatment can have side benefits in the form of fewer depressive residual symptoms and an increased quality of life. For many recovering patients with a substantial risk of relapse, the mindfulness training can prove an attractive alternative to continued medicinal treatment, however, mindfulness does require an active commitment and a continued completion of the exercises.

Mindfulness is a special type of attentiveness, which is characterised by a conscious observation of what is going on in the present, without judging these events. When one is mindful, the person is consciously attentive to the flow of thoughts, impressions and impulses in the specific moment without judging the content. The thought is merely perceived as a thought, which does not necessarily constitute a valid impression of reality. Mindfulness is a skill, which must be developed and trained intensively in order to suffice as a treatment.

-    Mindfulness improves the tolerance of uncomfortable feelings and abates the negative speculations, thus preventing a negative state of emotions from developing to negative patterns of thought, which can eventually escalate to depressions for vulnerable persons, says Jacob Piet.

Piet and Hougaard’s research paper “Mindfulness-based cognitive therapy for prevention of relapse in recurrent major depressive disorder: A systematic review and meta-analysis” has been published in the reputable, international journal “Clinical Psychology Reviews”.

Depression is a common illness with a lifetime risk of approximately 20 per cent. It is a very agonising illness, which is also very costly for society.
WHO – the World Health Organization – estimates that the illness will constitute the largest health economical burden in the Western world by 2030. Depressive incidents can be effectively treated either medicinally or by using psychotherapy, however, the risk of a relapse is considerable. For persons, who have previously been depressed, the risk of a relapse is somewhere between 50 and 90 per cent, and the risk increases after each depressive incident. Effective prophylaxis is therefore a top priority. 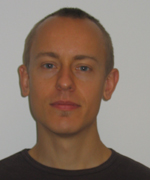 Department of Psychology and Behavioural Sciences