Researcher helps socially marginalised young people back on their feet

Preben Bertelsen, Professor at the Department of Psychology and Behavioural Sciences, has developed a new method that is set to give socially marginalised young people threatened by radicalisation a better grip on life.

new tendency in the field of social and personality psychology is to prevent socially vulnerable young people from isolating themselves in radicalised groups. Preben Bertelsen from the Department of Psychology and Behaviourial Sciences has developed the new approach, which focuses on developing the social skills, which young people need in order to get a better grip on their own lives.

In cooperation with units in Aarhus and Copenhagen, which work with decriminalisation and deradicalisation, the Department of Psychology and Behaviourial Sciences implements a number of courses for mentors and therapists. These tests differ from previous work in the field by organising the basic conditions young people need to do well in life instead of pointing out the cultural and religious differences.

- Young people should not be confronted with anti-Islamic propaganda and political foolishness. It is a matter of disregarding immediate cultural differences. Instead, we must focus on developing the general skills all people need in order to create a good standard of living for themselves and each other, Preben Bertelsen says.

From truancy to gang environments
First and foremost, existential psychology takes life in general as its starting point. Therefore, it is more versatile than previous social psychological mindsets. The applicability of the method covers a large number of projects, which include children who miss many classes, who suffer from anxiety, w

ho receive social psychiatry services, who are threatened by radicalisation and young people on their way out of crime and gang environments.

At the same time, the researcher is working with the field of social psychiatry in the municipality of Mariagerfjord on different projects, which deal with young people in social psychiatric day cares, and with Pædagogisk Psykologisk Rådgivning (an educational and psychological counselling service for children up to the age of 18 and their family) in Skanderborg regarding children who skip many classes in school.

- In every case, it is a matter of adapting the courses in existential psychiatry so that they can form part of the specific programmes, says Preben Bertelsen.

Avoid categorisation of “us” and “them”
According to the professor, the versatile approach of existential psychology can contribute to the understanding of many kinds of social marginalisation, thus having the potential to prevent radicalisation and help young people out of crime and gang environments.

- The broadness of the research has been chosen deliberately, as this enables us to find the universal human characteristic that makes  people capable of functioning socially. In this way, we avoid any distinction between “them and us”, which can ruin the efforts made to help socially marginalised people. 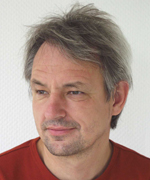 Preben Bertelsen has developed existence psychology and is the author of the book Aktør i eget liv: Om at hjælpe mennesker på kanten af tilværelsen (2010).