A balanced perspective on autobiographical memory

Historically, researchers who work with autobiographical memory in clinical illnesses such as depression and anxiety have strongly disagreed on the issue of how the mechanisms of memory are to be understood, explains Dorthe Berntsen, Professor at the Department of Psychology and Behavioural Sciences at Aarhus University, Business and Social Sciences, and director of the basic research centre CON AMORE.

In June, the CON AMORE centre at Aarhus University hosted a conference for some of the world's leading researchers in the field of autobiographical memory and clinical disorders.
Dorthe Berntsen relates that the event was extremely liberating. "We succeeded in bringing together two academically opposed camps of researchers to discuss autobiographical memory from a more balanced perspective than has been achieved previously," she says and continues:

- It was a liberating experience to succeed in encouraging two battling sides to find common ground.

According to Dorthe Berntsen, the field of research into how memory is to be understood in connection with psychological disorders has long been characterised by deep disagreement.

- For many years, researchers have been discussing the issue of whether particular illness-specific memory mechanisms are necessary to explain why some people develop post traumatic stress disorder (PTSD), or whether it is a matter of common mechanisms starting to behave in a dysfunctional manner if the individual is exposed to violent experiences or trauma, she explains.

According to Dorthe Berntsen, research does not support the hypothesis of special memory mechanisms. In her opinion it makes more sense to explain dysfunctional aspects on the basis of standard memory functions. 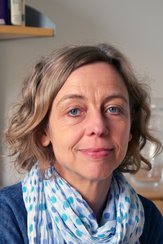 COVID-19 infection: It probably won’t happen to me

New research from Aarhus BSS shows that we underestimate our own and our close others’ risk of infection.